From paleo to policy: partitioning the historical point and nonpoint phosphorus loads to the St. Croix River, Minnesota-Wisconsin, USA

Paleolimnological studies show that phosphorus (P) loads to the federally protected St. Croix River, a tributary of the Upper Mississippi River, have increased about threefold over the last century. Ongoing management efforts to protect and restore the river hinge on the question of whether the increased nutrient load results from point-source discharges or nonpoint runoff from agricultural intensification and urban expansion. Here we determine the historical contribution of point source phosphorus (P) loads to the St. Croix watershed from 1900–2000 A.D. Historical point source loads were estimated based on discharge volumes, demographics, industrial sources, wastewater technologies, and facility discharge records, where available. Sewering in the basin began in 1905, and since that time, there have been as many as 169 permitted point source dischargers basinwide, including municipal, industrial, and agricultural facilities. Early wastewater management typically discharged untreated sewage; technological advances had secondary treatment in place at most facilities by the 1960s–1970s and much of the municipal population was served by tertiary treatment by the 1990s. Peak nutrient discharges from point sources occurred in the 1960s–1970s. Detergent phosphorus bans instituted in the late 1970s for Minnesota and Wisconsin, greater use of land and groundwater effluent disposal, and improvements in treatment technology brought about decreases in P loads in the 1980s and 1990s. Point-source discharges were compared to historical total phosphorus loads estimated in a whole-basin phosphorus mass balance to calculate the historical contribution of point sources, anthropogenic nonpoint sources, and natural or background sources. We estimated 1990s point source loads at 48 t P yr−1, which represents about 10% of the total phosphorus load (459 t P yr−1, flow-corrected to 412 t P yr−1) to the basin. Without further controls on nutrient inputs to the St. Croix River, annual flow-corrected P loads are projected to increase to 498 t P yr−1 by the 2020s with point source phosphorus loading contributions at 65 t P yr−1 or 13% of the total load. However, if we exclude background P loads to the St. Croix (166 t P yr−1), recent nutrient loads are primarily from anthropogenic nonpoint sources. Point sources also contribute over 19% of the current and future phosphorus load that can be attributed to human activities in the watershed. Interstate and federal efforts to decrease P loading to the St. Croix River by 20% will need to target both point and nonpoint sources. 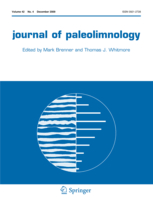