Neuromuscular adaptations to concurrent training in the elderly: effects of intrasession exercise sequence

The aim of this study was investigate the effects of different intrasession exercise orders in the neuromuscular adaptations induced by concurrent training in elderly. Twenty-six healthy elderly men (64.7 ± 4.1 years), were placed into two concurrent training groups: strength prior to (SE, n = 13) or after (ES, n = 13) endurance training. Subjects trained strength and endurance training during 12 weeks, three times per week performing both exercise types in the same training session. Upper and lower body one maximum repetition test (1RM) and lower-body isometric peak torque (PTiso) and rate of force development were evaluated as strength parameters. Upper and lower body muscle thickness (MT) was determined by ultrasonography. Lower-body maximal surface electromyographic activity of vastus lateralis and rectus femoris muscles (maximal electromyographic (EMG) amplitude) and neuromuscular economy (normalized EMG at 50 % of pretraining PTiso) were determined. Both SE and ES groups increased the upper- and lower-body 1RM, but the lower-body 1RM increases observed in the SE was higher than ES (35.1 ± 12.8 vs. 21.9 ± 10.6 %, respectively; P < 0.01). Both SE and ES showed MT increases in all muscles evaluated, with no differences between groups. In addition, there were increases in the maximal EMG and neuromuscular economy of vastus lateralis in both SE and ES, but the neuromuscular economy of rectus femoris was improved only in SE (P < 0.001). Performing strength prior to endurance exercise during concurrent training resulted in greater lower-body strength gains as well as greater changes in the neuromuscular economy (rectus femoris) in elderly. 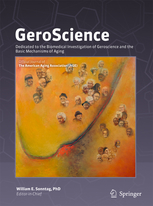