Basic results of the paper are that any four-valued expansion L4 of Dunn-Belnap's logic DB4 is de_ned by a unique (up to isomorphism) conjunctive matrix ℳ4 with exactly two distinguished values over an expansion 𝔄4 of a De Morgan non-Boolean four-valued diamond, but by no matrix with either less than four values or a single [non-]distinguished value, and has no proper extension satisfying Variable Sharing Property (VSP). We then characterize L4's having a theorem / inconsistent formula, satisfying VSP and being [inferentially] maximal / subclassical / maximally paraconsistent, in particular, algebraically through ℳ4|𝔄4's (not) having certain submatrices|subalebras. Likewise, [providing 𝔄4 is regular / has no three-element subalgebra] L4 has a proper consistent axiomatic extension if[f] ℳ4 has a proper paraconsistent / two-valued submatrix [in which case the logic of this submatrix is the only proper consistent axiomatic extension of L4 and is relatively axiomatized by the Excluded Middle law axiom]. As a generic tool (applicable, in particular, to both classically-negative and implicative expansions of DB4), we also prove that the lattice of axiomatic extensions of the logic of an implicative matrix ℳ with equality determinant is dual to the distributive lattice of lower cones of the set of all submatrices of ℳ with non-distinguished values. 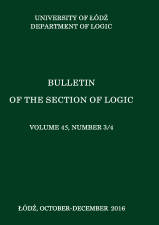