The aim of the paper is an analysis of a broadly understood legislation of general councils which took place in an important period for the development of the then educational system and culture – at the height of the Middle Ages (12th–13th c.). While analysing the written records of synodal and council acts, several interesting aspects can be considered: the regulations related to the education of clergy (the diocesan ones, as the same issues concerning monastic orders were regulated by the inner legislation of general chapters), the organization of schools and teaching programmes, the records telling about the moralizing influence on the community of the faithful, and finally, the attitude of the Church toward the question of general access to education, including the functioning of universities. The presented study demonstrates a significant role of ecclesiastical school legislation for the development of the educational system in mediaeval Poland. Also, it can be noticed that all changes in this matter were the result of legislative activity of the Church but also responded to the educational needs of the contemporary society. The latter, in turn, stemmed from a general civilizational development of Latin Europe, the part of which were the lands being under the rule of the Piast dynasty. 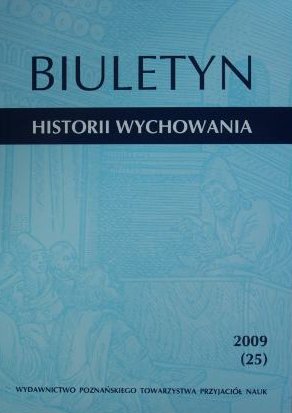