The paper presents the view of Polish Catholics on Sacrament of Marriage by focusing mostly on its social and cultural rather than theological aspects. We discuss believers understanding of sacramental marriage at the background of changes that took place in Polish society at the beginning of the 21th century and affected marriage and family. Our discussion is developed in three stages: the value of church wedding, the sacramental nature of marriage and the family, and admitting too Holy Communion people living in non-sacramental union. As expected, the understanding of the sacramental character of marriage situates at a low level. Sociological studies on this subject are few, and they indicate that only minority of the young people give the correct answer to the question of sacramental character of Catholic marriage. Still, most respondents choose the answer that the sacrament of marriage is indissoluble. Others point to certain aspects of the sacramental marriage, which are like a side effect of the sacramental character of marriage. Finally, from 10% to 15% of respondents admit state that they do not know what the Sacrament of Marriage is. There is a significant gap between the moral and religious teaching of the Catholic Church regarding people living in non-sacramental union, and attitudes of Catholics to this issue. Sociological studies show quite divergent views regarding the question whether a person not living in a sacramental union should be admitted to Holy Communion, and ranged from 44.0% to 81.7%. According to Centre for Public Opinion Research (CBOS) survey this indicator covered nearly four fifths of adult Poles on a national scale. From a sociological point of view, there are three possible solutions to the existing conflicts and tensions: First, change of the moral teaching of the Church, second, reorientation of moral attitudes of believers, and third, drifting away from the Church, and acceleration of secularization of society. 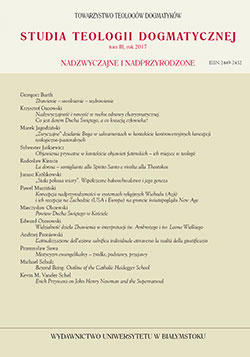