Berberine (BBR) an active natural plant alkaloid extracted from Coptidis rhizoma, displays potent anticancer activity over a variety of cancer cell lines. The cytotoxic activity of BBR in cancer cells is attributed to persuade, programmed cell death characterized by the release of cytochrome c, accompanied by activation of caspase-3 and caspase-9. In the present study, we evaluated BBR significantly reduces the cell viability and clonogenic property of head and neck squamous carcinoma (HNSC) cells. Our results revealed that BBR simultaneously induces apoptosis and autophagy in HNSC cells. Mechanistically, BBR induces autophagy in HNSC cells which were confirmed by acridine orange (AO) staining by visualization of prominent orange red color acidic autophagosomes in the cytoplasm. However, immunoblotting shows the steady conversion of MAP-LC-3I to LC-3II with concomitant degradation of autophagy substrate protein SQSTM1/p62. Annexin V FITC staining analysis by flow cytometry revealed a significant induction of apoptosis at higher doses of BBR. Furthermore, the immunoblotting analysis revealed a prominent cleavage of proapoptotic proteins procaspase-3 and PARP1 at higher doses of BBR. Additionally, we found significant upregulation and downregulation of tumor suppressor microRNA-155 (miR-155) and oncogenic miR-21 respectively, when HNSC cells were exposed to higher doses of BBR. In conclusion, these results demonstrate that BBR exhibits a significant anti-proliferative effect with the simultaneous induction of autophagy and apoptosis and modulates miRNA expression in HNSC cells. 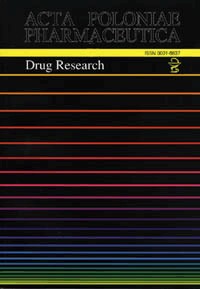