Affine analogues of the Sasaki-Shchepetilov connection

For two-dimensional manifold M with locally symmetric connection ∇ and with ∇-parallel volume element vol one can construct a flat connection on the vector bundle TM ⊕ E, where E is a trivial bundle. The metrizable case, when M is a Riemannian manifold of constant curvature, together with its higher dimension generalizations, was studied by A.V. Shchepetilov [J. Phys. A: 36 (2003), 3893-3898]. This paper deals with the case of non-metrizable locally symmetric connection. Two flat connections on TM ⊕ (ℝ × M) and two on TM ⊕ (ℝ2 × M) are constructed. It is shown that two of those connections – one from each pair – may be identified with the standard flat connection in ℝN, after suitable local affine embedding of (M,∇) into ℝN. 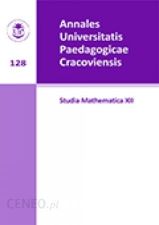