REFLEXIA ŽIVOTA A DIELA CYRILA A METODA V TELEVÍZNEJ, FILMOVEJ I INTERNETOVEJ TVORBE OD OSEMDESIATYCH ROKOV MINULÉHO STOROČIA PO SÚČASNOSŤ
Reflection of the life and work of Cyril and Methodius in television, film and Internet production from the 1980s to the present

The study focuses on the reflection of the life and work of Saints Cyril and Methodius in the Czech and Slovak media production from the late 1980s to the present. It mainly maps feature films and television production, but it also mentions relevant documentary and cartoon movies that have emerged in the last decade. The final part also deals with the image of “Brothers from Thessaloniki” in the audiovisual works and series presented on the Internet, which usually bring a less conventional or ironic view of these saints and the period of Great Moravia. Interpretative analysis is used as the original method for dealing with individual audiovisual works, giving an emphasis on defining their genre definition, narrative structure and central themes. The analysis of the images of the historical figures of Cyril and Methodius and their contemporaries, depending on the period, the social and political situation and the country in which the audiovisual production was created, is also an important subject of the study. It reflects the social relevance of the analyzed productions and considers its causes. 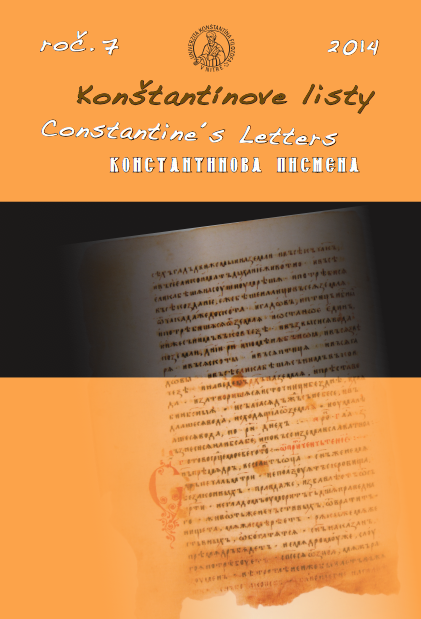