Globalization is a gradual process of integrating an increasing number of state economies above their borders through the enlargement of mutual investment, production, trade and corporate links. It will result in the establishment of a world economic system with considerable correlation. General process of globalization is shaped by long-term and comprehensive transformations within three field, namely scientific-technological progress, international competition and liberalization of the international flow of goods and capitals. Implication of the globalization process is closely linked with the expansion and actions of transnational corporations, being main entities of direct investments in world markets. In the situation of a growing economic power of transnational corporations and a relatively weakening authority of national states over the activity of corporations, a social opposition is growing and is expressed by various organizations. A cross section of globalization opponents is very wide. It includes trade union activists, defenders of human and consumer’s rights, a number of various ecological organizations, as well as representatives of farmers from poor and rich countries. Antiglobalists, being spokespersons of underdeveloped countries oppose the liberalization of capital and financial markets, which contributed to world financial crises in the nineties of the 20th century. Quite common dissatisfaction with the process of globalization results from a lack of visible benefits expected by societies of individual countries in the world. 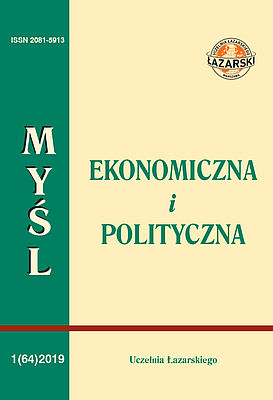