The author analyses negative connotations attributed to animals, connotations that express judgement about humans, their physical and psychological features, their behaviour and their actions. She discusses the hypernym animal, lexemes that refer to animal classes (reptile, bird, fish, worm) and animal species (e.g. dog, cat, ram, pig, flatfish, blindworm and mouflon). Drawing on her analysis of the source material, she states that both in substandard variants of Polish and in its standard form, we have seen an increase in the number of animal-derived insults and an expansion of the semantics of words whose primary meanings denoted animals. The substandard variants of Polish acquire expressions derived from the names of animals, especially wild animals (e.g. mouflon, bream, elk, baboon, cachalot and whale), the metaphorical meanings which have not yet been registered in standard Polish. A survey carried out by the author among one hundred university students of Polish has confirmed that almost all names of animals can be used as insults with regard to humans. More and more frequently animal-derived names are used to humiliate and ridicule people. 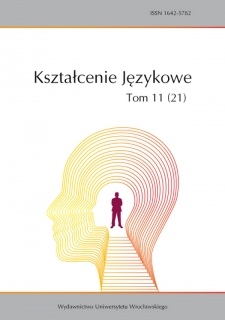