The need for alternative fuel instead of conventional fossil fuels (diesel or gasoline) has recently increased for several reasons, including the expected shortage of petroleum fossil fuels and the production of pollution by transportation. Consequently, researchers are interested in finding new alternative fuels. At present, the number of studies on biodiesel as a compression ignition engine fuel has increased. Current studies are mainly concerned with studying the use of exhaust gas temperature to preheat biodiesel fuel before it enters the combustion chamber. A heat exchanger is designed to increase the temperature of the biodiesel fuel prior to the combustion process. The performance characteristics of diesel engines and the emission of pollutants resulting from this modification were investigated under different operating conditions, including different engine loads and speeds. The results showed clear improvements in engine performance, including improved output power, specific fuel consumption and pollutant emissions. The engine power and specific fuel consumption improvements as a result of preheating reached up to 1.3% and 8.27%, respectively. Pollutant emission also decreased obviously, with carbon monoxide and hydrocarbon emission decreases of 12.95% and 12.85%, respectively. However, the emission of nitrogen oxides increased by 4.39%. 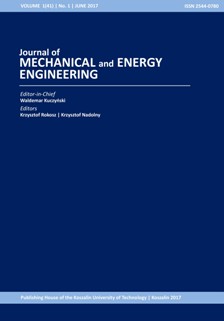