Objectives: The aim of this study is to determine the activities of different countries in the context of the Syrian conflict. Methods: The following research methods and techniques have proven to be useful: starting material analysis, cause-effect analysis, scientific observation. Results: An analysis of the available literature has shown that the Russian Federation has refrained from direct participation in the war in Syria since the beginning of the war. First, it supplied arms and ammunition to Syria to support the Assad regime, and in Damascus and other areas, Russian trainers were deployed to support Assad’s war efforts. But in the fall of 2015, when Assad’s government forces were severely weakened, Russia began to implement direct and open military support on the scale of a world power with global ambitions. Conclusions: The political-military measures of the Russian Federation had enormous destabilizing effects on the entire region of the Middle East. The strategic interests of many countries in the region are under threat, and the Russian Federation has become and will continue to be an important player in the Middle East. Russia’s engagement in Syria is part of the Russian Federation’s multifaceted policy aimed at achieving various objectives. The Russian operation in Syria is Russia’s return to the Middle East Games as an important military and political player with the aim of strengthening its own position and weakening the position of the United States. With its military actions in Syria, Russia has reaffirmed its influence in the Middle East region. 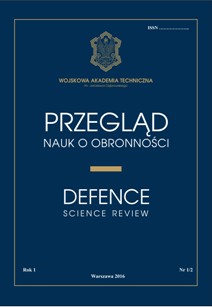