Wetting behavior of liquid Sn (99.99%) on graphenecoated Cu substrate was investigated by the sessile drop method using two testing procedures: 1) classical contact heating (CH) of a couple of materials; 2) capillary purification (CP) allowing non-contact heating accompanied with squeezing the Sn droplet through a hole in an alumina capillary. The tests were performed in vacuum (p < 1.80 × 10-6mbar) at 360 °C for 300 s. The images of Sn/substrate couples were recorded by high-resolution high-speed CCD camera. The results of this study evidenced that graphene layer is transparent for liquid Sn and after 300 s interaction, it forms the contact angles (θ) similar to those on pure Cu substrates, both in CH (θ = 59°) and CP (θ = 32°) tests. However, with liquid Sn, apparently the same effect of graphene wetting transparency is more complicated than that with water and it is caused by different mechanism, most probably, accompanied with reconstruction of the graphene layer. 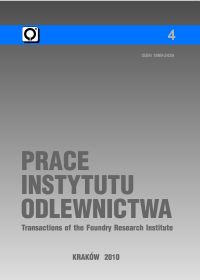