Alcohols represent a viable replacement for gasoline> with the advantages of providing improved energy security as well as reduced environmental impact. Compared to ethanol, which holds the majority of the alternative fuels market share in transportation, n-butanol features higher energy density and better compatibility with existing fuel systems designed for gasoline. Given this background, the present study investigated the use of pure n-butanol fuelling of a wall guided direct injection spark ignition (DISI) engine with optical accessibility through the piston crown. Different injection timings were considered, and variations of soot emissions were evaluated based on smoke measurements. Besides thermodynamic investigations through the analysis in-cylinder pressure traces, flame chemiluminescence was applied for a more detailed view of the chemical processes during combustion. All conditions were benchmarked to gasoline fuelling, thus giving comprehensive information on the effect of fuel properties. It was found that the change in injection timing, even by a relatively reduced crank angle, had a significant effect on the smoke at the exhaust, for both fuel types. Early fuel delivery resulted in high soot emissions, while late injection had the opposite effect. No soot- nitrogen oxides trade-off point, specific for diesel power units, could be identified, but the optimum injection strategy resulted in high engine output and low particulate emissions. The alcohol featured increased sensitivity not only to changes in the start of injection, but also showed the potential for very low smoke. The investigations further emphasize the importance of air-fuel mixture formation and also identified ways to minimize the environmental impact of DISI engines through the development of optimized control strategies. 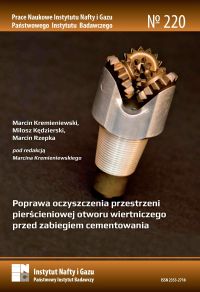