This text concerns the naive belief - still persisting in educational politics and practice - that it is possible to maintain the autonomy of pupils, parents and teachers in the school reality, and that their situation at school and all the facts connected with it actually remain as we wish them to be. However, the hierarchical system of state management that was already established in the educational system in the 19th century not only strengthened the command, authoritarian model of management in educational institutions, but also produced and maintained their formal organizational character. In such a hierarchical educational system, where there exists vertical gradation of the whole system and its subsystems combined with diverse territorial coverage, all forms of self-government are appointed top-down, and even if there is a possibility of their grass-root origin (e.g. school councils), then the scope of their tasks and functions is prescribed by central state institutions. The evolution of the Polish educational system was characterised by diverse - and frequently controversial - forms of school communization, as a result of which they were supposed to perform public controlling functions over these institutions, prevent bureaucratic or ideological warps, enable the participation of local communities in the management process (in its financial and administration aspects) create the educational process in them, and finally generate the reform strategies and through this stimulate the development of schools. 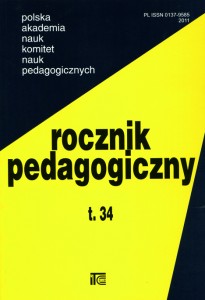