WORK AND PARENTHOOD: MAIN FINDINGS OF COMPARATIVE DATA ANALYSIS AND SOME POLICY IMPLICATIONS

To investigate how family and parenthood was combined with employment and to analyse the preferences concerning work-family arrangements, two analytical approaches were applied to the Population Policy Acceptance Survey data. The first considered the working patterns of 20 to 50-year-old respondents by their living arrangements as well as the age of their youngest child. The second approach was based on the employment patterns of couples. Here, a typology of family models which conceptualised the reconciliations of demand of family and work was applied: the male breadwinner model, the modernised male breadwinner model and the dual earner model. The study covers countries of different stages of demographic development, levels of economic development, and compositions of welfare state regimes. Its main value is that it includes parallel analyses of practised and preferred work-parenthood arrangements. Additionally, preferences for reconciliation measures are confronted with the existing institutional settings. The DIALOG countries showed a diversity of reconciliation solutions: staying in employment, reducing working hours, or withdrawing from the labour market. Part-time employment was used as a reconciliation measure in the Netherlands, Germany, Austria and Belgium (Flanders), however, to different extents and for slightly different purposes. The Netherlands seems to be the only country where part-time employment was used by women as a strategy that would allow them to combine employment with family life. In Italy and the countries of Central and Eastern Europe (except for Slovenia), mothers of small children either stayed at work or withdrew from the labour market. Part-time work was used on a marginal scale. Results showed a polarisation of motherhood-employment-related behaviours, the result of which was that a remarkable part of the female labour force was in fact out of the labour market. In all the countries under study, respondents with small children preferred that both partners work on an equal basis less often than other respondents, and more often preferred the modernised male breadwinner model and the male breadwinner model. Comparisons between preferred and practised work-family arrangements demonstrated that both the dual earner and the male breadwinner models were less often preferred than practised by all couples, including couples with a youngest child aged 0-5. Conversely, the modernised male breadwinner model was more demanded than achieved (except for Lithuania, the Netherlands and Romania). In general, comparisons between preferences and practices indicated an unsatisfied demand for women's employment. Expectations pertaining to institutional and financial policy support (which all countries wanted), were highly diversified across the DIALOG countries. That heterogeneity indicated that preferences were not exclusively affected by existing family policies 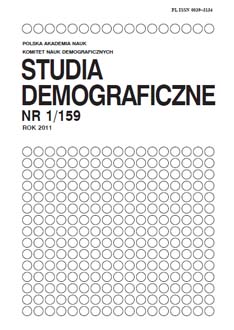