POLAND'S ATTITUDE TO THE LUTERANISATION OF PRUSSIA

The Polish state adopted in principle a negative attitude to the development of the Reformation in Teutonic (later Ducal) Prussia during the rule of the Grand Master, later Duke of Prussia, Albrecht (1511-1568), though towards the end of Sigismund I the Old's reign, and in particular after Sigismund II Augustus ascended the throne, this attitude was greatly modified. Three stages can be distinguished in the policy pursued by the Polish kings and Polish political elites towards Lutheranism in both parts of Prussia, Royal Prussia and Teutonic (later Ducal) Prussia, the years: 1517/1520-1525/1526, 1526-1548 and 1548-1568. The article deals only with the first two periods. It has not yet been fully clarified how the Reformation ideas were received in Poland and Prussia in the first years after Martin Luther announced his theses in Wittenberg in 1517. Numerous Lutheran edicts issued by Sigismund the Old in 1520-1523 show that the Reformation was spreading in Poland. Thanks to the edicts the first wave of Lutheranism clearly abated in Poland in 1525. In Royal and Ducal Prussia, however, the Reformation grew systematically between the years 1518 and 1526. All facts are, on the whole, well known in historiography, what is not fully understandable is the reception of the Cracow Treaty of April 8,1525 which provided for the secularisation of the Teutonic Order's state in Prussia by a Catholic monarch, Sigismund the Old. The Teutonic Order's state could of course have remained Catholic after the secularisation. New sources have revealed that Sigismund the Old had known from the beginning of 1525 that Lutheranism was spreading in Teutonic Prussia and that it was secretly supported by the Grand Master. The Polish king and also the pope hoped that Duke Albrecht, despite hesitations, would remain faithful to the Catholic Church. But this is not what happened, and on July 6, 1525 Albrecht came out officially on the side of the new religion and sanctioned this decision by issuing the Church Ordinance on December 10,1525. The next test of strength between the Catholic king, Sigismund the Old, and his Lutheran nephew, Duke Albrecht, took place in 1526, when the Polish king went to Danzig to quash the social revolution which had engulfed the city and restore Catholicism there. From 1526 to 1548 the Reformation could develop in Royal Prussia only as an underground current, while in the Duchy of Prussia Lutheranism became the state religion. In the next few years each of the two sides (the Polish king and the Prussian duke) tried to bring the other round to its own religion. Sigismund the Old stressed that all of Duke Albrecht's troubles were due to his desertion of his ancestors' faith. Since the king's persuasions had no effect, the exchange of views on this subject was suspended until the Bishop of Warmia (Ermland), Cardinal Stanislas Hosius, in a letter of June 21, 1561, invited Duke Albrecht to the Council of Trent. 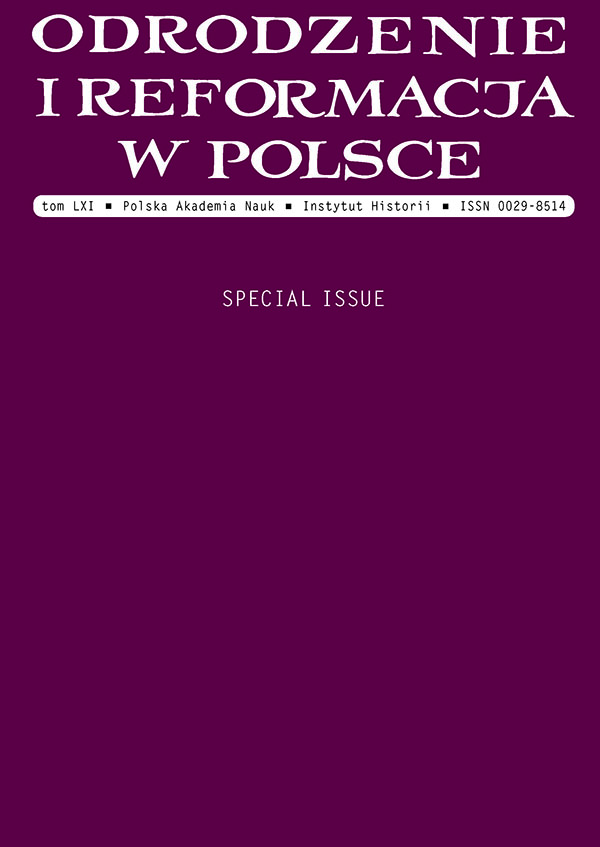