At both state and federal level in the USA there exist various instruments to protect the maritime environment. The general conception of protection is to base it on the construction of a protected area. In 2006, there existed at least 500 areas under protection. These were created by more than 100 federal and state administrative offices. The development of environmental protection law is moving in the direction of an appropriate management of the Atlantic, Pacific, and Arctic Oceans. In the US legal doctrine it is stressed that US jurisdiction extends up to 200 nautical miles from the US shoreline. Coastal states have a right to regulate the legal status of the first three nautical miles of the oceans that touch their coasts. The doctrine of public trust is derived from common law. Its essence is the recognition that certain natural resources - the waters and bottom of coastal seas and large lakes - are of considerable importance for society as a whole. They cannot be given into private hands and controlled by private owners. The concept of protected maritime areas first emerged during the meetings of the World Congress of National Parks in 1962. Protected maritime areas on a federal level take various forms: maritime national reserves, national parks, national areas for wild life refuge, national natural monuments, areas of fishery management, and threatened habitats. The authoress of the article discusses the legal acts of Presidents Clinton and Bush relating to maritime protected areas. The establishment of such areas is consistent with tendencies observable in the UN. 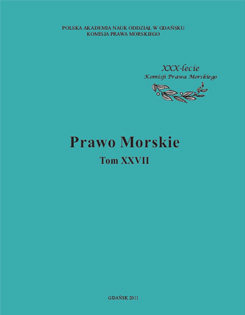