The Polish Queen Maria Kazimiera, married to the King Jan III Sobieski, became acquainted with the Italian oratorio in Warsaw. G. B. Lampugnani, a poet in the service of the papal nuncio in Poland, dedicated to her a libretto on the death of Saint Casimirus, a prince of the Jagiellonian dynasty. 'Il transito di San Casimiro' was performed on 4 March 1695 by the Italian players with the music, it is thought, composed by the tenor V. Agostini. This article presents the analysis of the content and the dramaturgical-poetic concept of this text in the broader context of the Italian oratorio-libretti dedicated to Saint Casimirus (written by S. Lazzarini, O. Santacroce, and by an anonymous poet to the music of A. Scarlatti), which were composed in Italy between 1675 and 1700. 'Il transito di San Casimiro' belongs to the type of oratorio which is close to the spiritual cantata (cantata spirituale) and is typical of hagiographic subjects. It is characterised by a well-thought-out selection of metres for the poetic arias: a dignified decasillabo appears often in the parts of Saint Casimiro and of the virtue of Chastity (Castita) who supports him. In the arias, according to the trends at the end of 17th century, one can see a tendency towards isometric features and the division into two parts in which, at the end of each section of the text, 'verso tronco' is constantly used. The two parts were often of equal length, which corresponds with the musical form Da Capo. Its presence is confirmed by relevant annotations in the printed libretto. The music to 'Il transito di San Casimiro' did not survive. However, on considering the Italian practices of casting, and the more or less known composition of the Warsaw cappella, it was possible to formulate some hypothesis as to how particular roles would be cast. It is to be regretted that the oratorio did not develop into a permanent tradition in Poland, and that it did not inspire Maria Kazimiera to promote a similar repertoire during her stay in Rome as a widow (1699-1714). In the circle of her patronage, as far as it can be reconstructed today, allegorical cantatas appeared, usually generally referring to the importance of the Viennese victory of her husband, King John Sobieski in 1683, and an oratorio devoted to a French saint (La conversione di Clodoveo, Re di Francia). 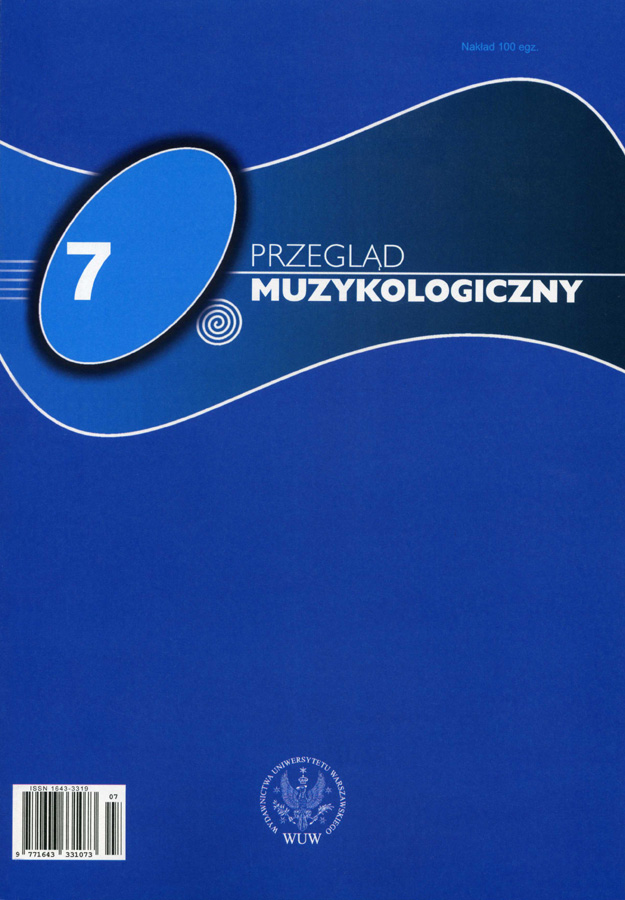