The article deals with the analysis and preliminary assessment of the role of particular financing sources of Polish agricultural and rural development after Polish accession to the EU. The analysis concerning the changes in financing sources covers the years 2000-2007, whereas the one concerning the influence on Polish agriculture - the years 2003-2006, i.e. the period of implementation of pre-accession programmes, in particular including the programme SAPARD, and three years of accession with gradual increase in EU financing. At that time, the means allotted to the development of Polish agriculture, agro-business and rural areas were multiplied. The 'agricultural' budget and the structure of fund sources changed. The second part deals with preliminary analysis (after three years of Polish membership in the EU), of the influence of EU funds on production factors in agriculture (capital, land, labour), and at the same time on shaping of its development potential. The attention was also paid to the universality of particular EU programmes and the interest in them of different beneficiary groups. 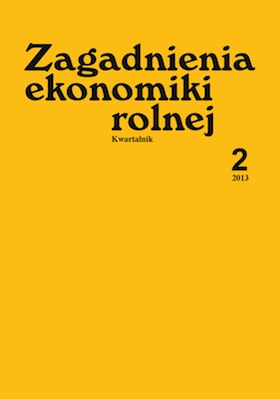