REFLECTIONS ON THE NUTRITIONAL VALUE OF FOODS IN POLISH SCIENTIFIC PUBLICATIONS, FROM 1800 UNTIL THE DISCOVERIES BY JUSTUS VON LIEBIG (Rozwazania nad pozywnoscia pokarmów w polskich publikacjach..od 1800 do ..Justusa von Liebiga)

Discoveries in the field of animal or physiological chemistry made at the end of the 18th century set a new direction for research on the functioning of living organisms and the processes of nutrition. The observations by Antoine Laurent Lavoisier, who proved that the process of respiration was similar to that of carbon combustion, and that digestion must be proportional to respiration, gave rise to describing life processes by means of chemical reactions. Research on the chemical composition of food enabled scientists to learn their nutritional value. From the beginning of the 19th century publications appeared in Polish scientific journals whose authors combined practical recommendations on nutrition with attempts to present new theories on the impact of nutrients on the functioning of the human body. Such issues were discussed, among others, in a cycle of articles by an unknown author entitled 'O pokarmach chemicznie rozebranych, jako wplywajacych na utrzymanie zycia i zdrowia' (On food chemically analysed as influencing the sustenance of life and health) (Nowy Pamietnik Warszawski, 1803-1806) and the study by Jedrzej Sniadecki entitled 'O pokarmach, napojach i sposobie zycia w ogólnosci we wzgledzie lekarskim' (On food, drinks and lifestyles in general from a medical perspective), which took account of his theories of organic beings (Dziennik Wilenski 1815). Since the 1840s an ever growing influence on principles of nutrition was exerted by the animal chemistry of Justus von Liebig, who introduced a new division of nutritional substances that took into consideration their role in the organism. Polish scientists showed a keen interest in the research by Liebig, which resulted in his works quickly gaining widespread acceptance, with many of them being translated into Polish. 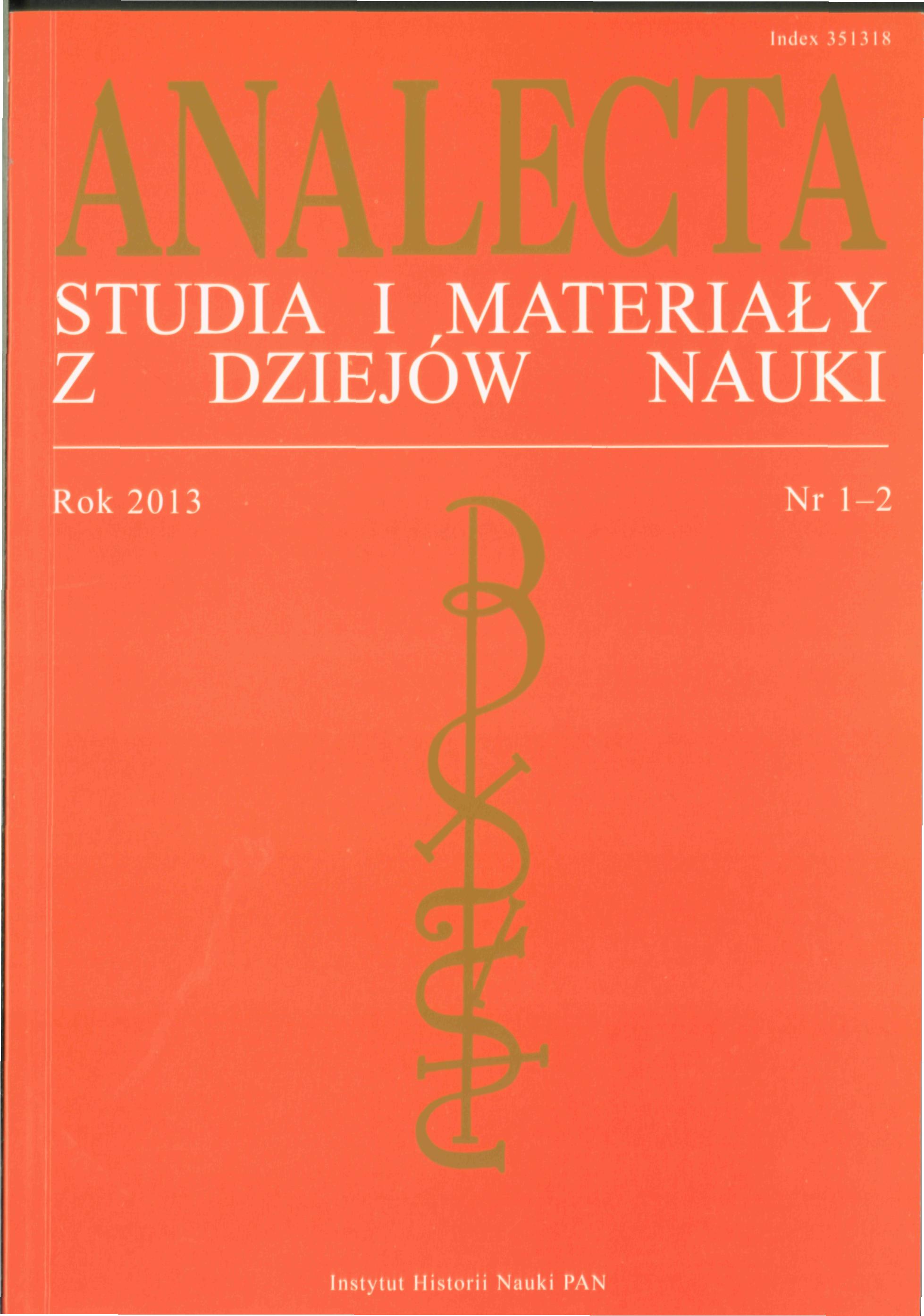