The article is concerned with the ambiguity of the term 'nature' in Shakespeare's dramas. The term is closely connected with the concept of 'order' meaning the hierarchical system of beings in the cosmos and - analogically - in the human cosmion. However, the naturalness of this order is subject to various interferences caused by the disruption of 'degrees'. This polarity of order and disorder, naturalness and unnaturalness is translated in the human world into two concepts of natural law. The first contains the quality of the objective ordo which is inscribed in human nature and which is recognized by one's conscience as moral dictates of the righteous reason; it corresponds to classical concepts of natural law - the ones of Aristotle, Cicero and Saint Thomas Aquinas - a law that is eternal, unchanging and of the divine origin. The second identifies natural law with the laws of nature where nature is interpreted as physis (from Greek), the laws that were also in existence in the pre-social natural state. This concept treats moral dictates as social conventions, contracts and customs, the use of which depends on usefulness. This kind of view corresponds to the tradition of sophists as well as to Machiavelli and Hobbes. Based on the analysis of the anthropological vision presented in King Lear and in Troilus and Cressida, the author concludes that, while giving voice, in accordance with the principles of dramatic art, to representatives of both concepts, Shakespeare tends to prefer the first one. 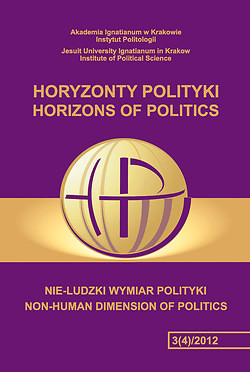