(Title in Polish - 'Kwalifikacja przy delegacji...Bezwzgledna przyczyna odwolawcza z art. 439 § 1 pkt 1 k.p.k. czy tez raczej 439 § 1 pkt 2 k.p.k.?'). The article presents a long-lasting controversial issue in the doctrine of criminal trial: if a judge being a member of a bench in a given case is indeed authorized to rule but has no delegation in the particular court or the delegation is imperfect, is it also an instance of absolute reason for negligence as described in article 439 § 1 point 2 of the criminal proceedings code and so an instance of a person who is not authorized to rule? The author discusses the issue referring to the regulations of the criminal proceedings code of 1928 and 1969 and illustrates his statements with judicial decisions made by The Supreme Court and courts of appeal. After a thorough analysis, he states that it cannot be treated as a relative reason for appeal that is described in article 438 point 2 of the criminal proceedings code in connection with the adequate regulation of the act of 27 July, 2001, the Law on the system of general jurisdiction courts, because - due to the importance of the act of delegation - this kind of solution would be a breach of the principle of fair trial.The author believes that most of the doctrine should be agreed with; a judge who has no valid delegation is a member of a bench that is inappropriately filled and is described in article 439 § 1 point 2 of the criminal proceedings code. In the light of this, the concept of 'a person not authorized to rule' should be understood as if the ruling was made with the participation of a person having no judicial entitlements, and so a person acting without the appointment to the post or whose tenure has ended. 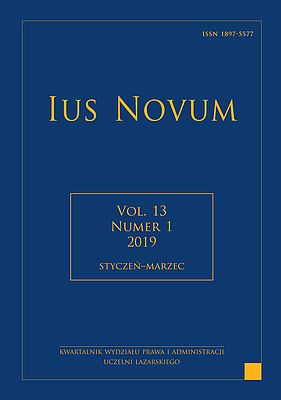