The Centre for Documentation of Modern Sacred Art was established by a resolution passed by the Senate of the University of Rzeszow on February 26th, 2009. It was integrated into the organizational structure of the university as part of the Faculty of Art and affiliated with the Research Laboratory for the History of Art. The Centre was founded in response to the request from the participants of a national conference, which was held in 2007 under the patronage of the Rector of the University of Rzeszow and dealt with the development of research into the sacred art of the last two centuries. The Centre for Documentation of Modern Sacred Art is the publisher of the Sacrum et decorum quarterly; as a research unit, whose scope of interest covers the sacred art of the 19th and the 20th century, it also serves as an archive and an information centre.. The Centre enjoys the patronage, advocacy and support of professor dr hab. Andrzej K. Olszewski. An eminent art historian in the field of modern sacred art, professor Olszewski had called for the creation of the Centre for several decades. Once it was established, he endowed it with the wealth of documentation he had collected over the 30 years of his research into modern sacred art. 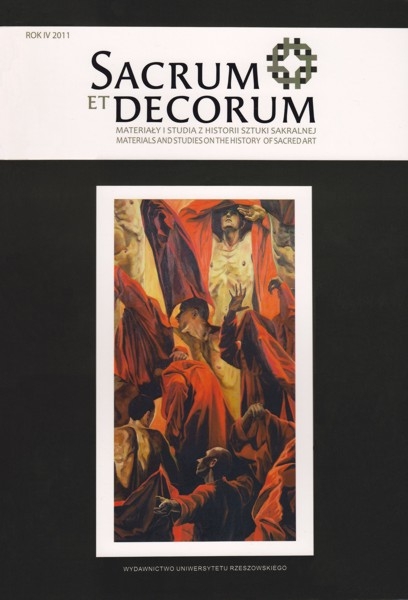