The neo-Marxism of the 20th century based on the human interpretation of K. Marx's ideas had become a strong opponent to orthodox ideology of communist parties. From mid 1920s, Neo-Marxism was rather influential in European intellectual life. At the same period, Ukrainian Neo-Marxism was coming into being. That was the first episode of its development, when its key problem was the place and role of Ukraine and Ukrainian under social, scientific and technical changes. The second episode had started at 1960s in connection with K. Marx's early works translations, on the one hand, and anti-Stalinist campaign, on the other hand. The ideological boundaries of neo-Marxism broadened: in opposition to Soviet orthodox ideology, the problems of metaphysics, philosophy, and anthropology were discussed together with questions of Ukrainian culture and historical perspectives of Ukraine. From the beginning of 1970s, Ukrainian neo-Marxism was developing in two main trends. The legal studies' key problems were those of human being, life experience of a person, human ideology. The dissident's works were devoted mainly to national-cultural problematic. The fourth episode was stipulated by Perestroika; its key interest was focused on the problems of humanism, totalitarianism, and the role of philosophy in forming the totalitarian ideology. 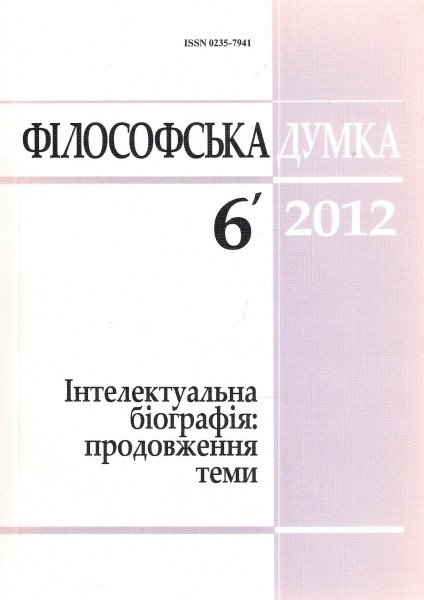