The aim of this article is to acquaint the readers with the conception of economy in the Canons of the Eastern Tradition. First of all the concept of akribeia (canonical accuracy, the summary of the Eastern Tradition) is briefly clarified, from which economy is a release. It is an exception of the rules. The article concentrates on canonical economy. Even though economy is not defined, its usage is governed by certain rules. The common principle for the usage of economy and akribeia was set by the 88th Canon of the Council in Trullo and it is redemption and salvation. There were some thoughts about establishing the common principle of economy also for the Eastern Catholic Churches when the Code of Canons of the Eastern Churches (CCEO) was being prepared, but in the end this was unsuccessful. Further on the article deals with the application of economy in marriage (civil marriage, marriage between relatives), especially in the relation with divorces and second and third marriages. Economy is and was exercised not only in the cases of adultery (Mt 19,9), but also because of other reasons (e.g. murder and elopement). At the end of the article the author presents some Catholic authors, who tried to bring the usage of economy into the Catholic practice. 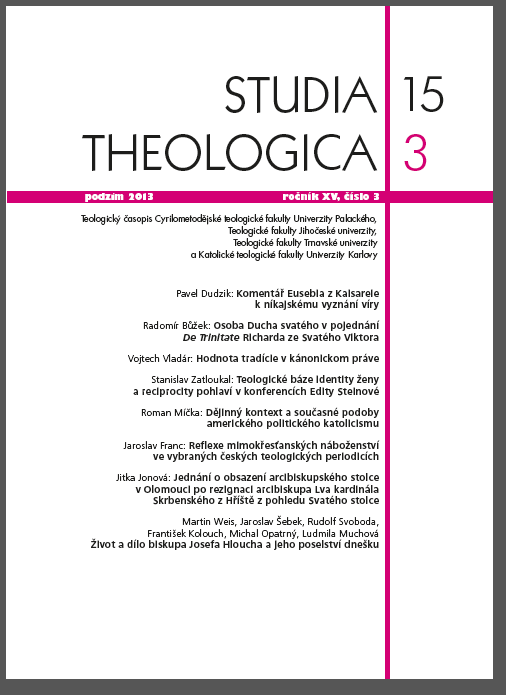