DIALOGUE, AUTHENTICITY, MEETING AND COMMITMENT IN THE EDUCATIONAL PROGRAM OF ARTISTIC AND ACADEMIC SECONDARY SCHOOLS WITH THE SPECIAL 'ALA' PROGRAM (Polish title below)

(Polish title: Dialog, autentycznosc, spotkanie i zaangazowanie w programie wychowawczym autorskich liceów artystycznych i akademickich ALA). The political transformation, which took place in Poland in 1989, commenced the process of change of the existing education and teaching system which had been associated with quantity, large-scale, objectivity and institutionalism. The demands appeared to appreciate the quality of education from the perspective of a democratic and pluralistic society, but also to pay attention to the subjectivity of both a pupil and a teacher. It was assumed that there should have been a return to personalism in schools. Have these objectives been accomplished after twenty years since the beginning of change? The author of the hereof discussions decided to answer this question in the selective way. Because in literature there are many texts devoted to effects of the education reform in public schools, the alternative Artistic and Academic Secondary Schools with the special 'ALA' program have been brought into focus. Presentation of this particular school is not accidental since in its concept and basic documents there are specific references to Christian and existential personalism and the pedagogy of dialogue where the idea of education is based on four cornerstones: dialogue, authenticity, meeting and commitment. 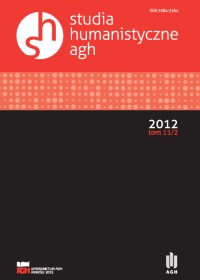