This paper deals with the alleged Arianism of Eusebius of Caesarea (ca. 250-339), author of the first Ecclesiastical History. The charge of Arianism was common since the breakout of this heresy in the second decade of the 4th century. While the shrewdest opponent of the Arians was Athanasius the Great, he does not associate Eusebius directly with the rest of the followers of Arius. It is, then, useful to come out with the new treatment of the Arians. These new ramifications are based on the twofold concept of the Arian, as either someone taking part in the political actions of the group of Eusebius of Nicomedia and Arius, or someone sharing the most important theological notions with Arius. The whole argument is to show that Eusebius of Caesarea in neither of the two senses can be justly recognized as an Arian. His political defense of Arius is motivated mostly by the idea of new era of peace in Church. It just started with the arrival of Constantine. On the other hand, his theological views are deeply rooted in the theology of Origen, and not up-to-date exegesis of the Scriptures. The old historian, exegete and apologist was too busy with his preoccupations to be a part of the Arian movement. 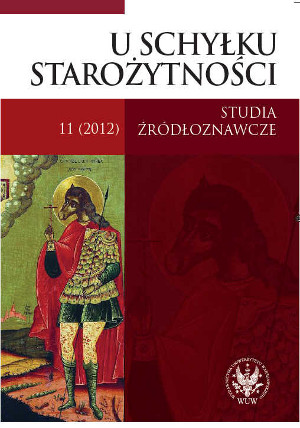